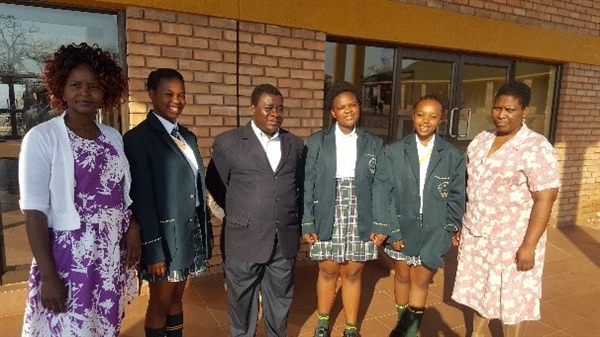 The Nyukani Debate Team went on a winning streak in August and September 2017. They came out Position 1 at the Circuit level held at the Giyani College, Position 1 out of 15 debating schools at the cluster Level held at Tivumbeni College and Position 2 at the District Level competitions held at Letsitele’s Dr Anecke Laerskool. What a wonderful performance. The Nyukani Debate Coach, and English Home Language Educator (Mr R. Mavhaire) says the sky is the limit for the three young girls: Lulama Hatlani, Lulama Makhubele and Hlamarisa Ndleve.

So grateful was the Executive Director of the school, Mr M E. Sambo, that he generously awarded the learners school uniform that included beautiful blazers, and school track-suits.

NB: The debate sessions are organised by the Department Of Education and the motions emphasises on democracy and good governance for our country South Africa. 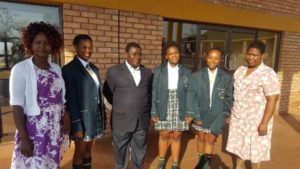